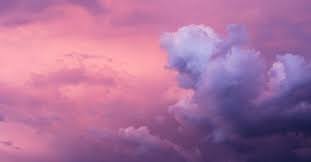 Walking through the streets of London in a daze on Sunday 19thMarch 2017, the realisation of what had just happened still had not dawned on me completely. My first panic attack had taken place that morning on the aeroplane and my father had to calmly inform the air hostess that my brother had just died the previous morning and we were on flight to visit him in the Royal Victoria Hospital and then clear out his university dorm room. My parents first reaction was to hand me medication that we had been prescribed as a family to help us get through what had just happened, they couldn’t comfort me, they also didn’t understand what was ahead – so I didn’t blame them and took the pill. I had first set foot in London only one month prior to this journey and was greeted by a smiling full of joy face at Victoria Station, this time we touch down and I vow that this will be the last time I visit the city of London.

Another vow I made that long, confusing and lost weekend was to ensure that although in body my brother died on Saturday 18thMarch, his soul would stay in the hearts of many forever. His story was too powerful and inspiring to let go of and as usual my brain starts working into overdrive. The first thing I needed to ask my parents was if I could speak at his funeral, thinking back, this was a stupid question. Of course, my father would say yes, he would never deprive me of doing something like that and I wanted my speech to impact people to begin my force of change. In all honesty, I didn’t get much say in the funeral arrangements, although I don’t think I would have had anything any other way and why would I get a say or my opinion asked?

Losing my only sibling at 24 hit me hard, to this day I wake up with a feeling as though I have part of my soul missing. The vulnerable part, the part that makes me a complete person. My dreams are vivid and mostly consumed of Zachary, so real that upon waking I need a gentle reminder that he is gone already, relief slowly settles over me on this realisation as my dreams are more nightmares of his struggles towards his passing. In my dreams, I am aware of his ending and my time that I have left with him is ticking away as I watch him spiral downwards every night when I close my eyes begging for me to help him and just like history repeating itself, I am unable to grant his wish.

The week that Zachary was returned home to us, I was allowed alone time with him in our family home. My mum stayed by him 24 hours a day for 4 days while people visited, my dogs even got to say goodbye to him before he was taken away the following Monday. My scheduled time was the night before the funeral, I took in my book that I had bought in London which contained details of what I wished to speak about during the ceremony. As I sat down with him, I didn’t feel alone. I began to write, only to have something wash over me that caused me to close my book and realise that I couldn’t put down into words and read from a page about the life of my brother. It was then that I decided that I would never read from a page, every time I would speak about him I would speak from the heart, tell his story in its most raw version. He deserved that, and to this day that is what I have done. I have no preparation, no staged lines and no repetitive stories because it is then that people truly begin to learn.

My family and I, what was left of us, concluded through speaking to others and watching the impact of my brothers passing hit them in ways that cannot be explained, that we would attempt to make a difference. Attempt to change a person’s view on individuals with mental illnesses and grow the impact of losing someone to suicide. Share our experiences, before and after Zachary’s passing.

My Mum and Dad worked closely to develop ZGBTST’s logo; 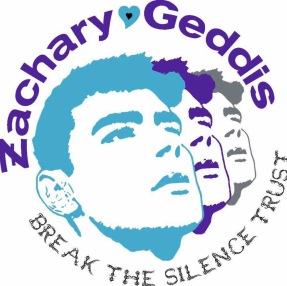 The interviews leading up to the launch of ZGBTST consumed my everyday schedule, my time and effort working behind the scenes on the aims and objectives I felt as a sister that needed addressed within the community and further afield. The ache of betrayal that we had experienced put down on paper for the world to see. I often wonder if people thought that the Trust would have collapsed after a couple of months of being launched, we have publically displayed our torment and personal lives for everyone to see. It is a constant wonder if anyone believed we would make it this far, but here we are. A family standing united against the grain, sharing an uncomfortable chain of events following the death of someone who brought life to our lives.

ZGBTST has changed people’s lives for the better; behind closed doors it is heart-warming to see the difference we can make. I left my job to pursue this life now, to push his story for everyone to hear. If we save one life – then everything is worth it.